I found tons of scripts out there to do this, but they all required having to reset ccmexec before the cache size updates.  So… if you do it from the control panel, you don’t have to reset the service…  what were those scripts doing wrong, that the control panel was doing right?  Mike Terrill told me… the Control Panel uses the COM object, so lets just do that with Powershell!

Super Simple (1 Line!)
Sure you can break it out into more lines if you’re going to make a script to make it more “read-able”, but I like 1 liners. 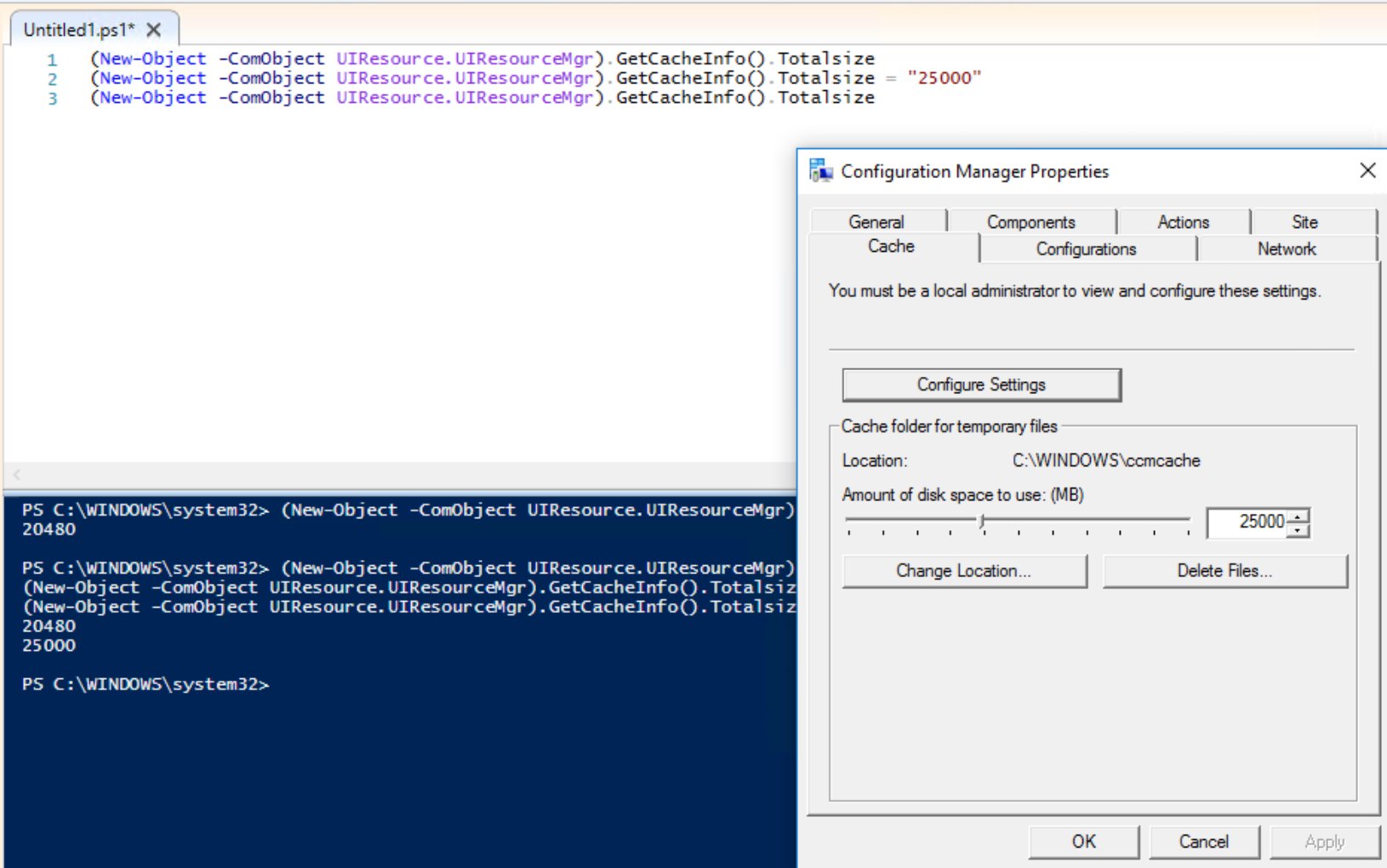