This was one of Keith S. Garner’s (@keithga1) gifts to me before he parted ways on his new adventure.  I asked him for a script to automatically pull the Hard Blocker from the compatdata XML file created during the Windows 10 compatibility scan.  After I gave him my request, he hit me up on skype about 2 hours later and said he didn’t write a script, he wrote me a 1 liner.  Keith knows how much I like 1 liners.  Why?  Task Sequences!  If I don’t have to have content to accomplish a step, all the better!  I've been known to build scripts on the fly using echo >> script.bat then running the script.bat file just so I don't have to have content.

So what’s this magic 1 line of code?  I'm getting to that.

I’ve modified it slightly, one example writes it directly to the Registry, and one that writes it to a TS Variable, and you can then do what you want with it.  I’ve added that TS Variable to be written to WMI & the Registry in my modified “SetOSDInfo” Script that I recently blogged.  I’ve updated that script as well to include this.

Registry Key:  (modify the Registry Path for your own needs) 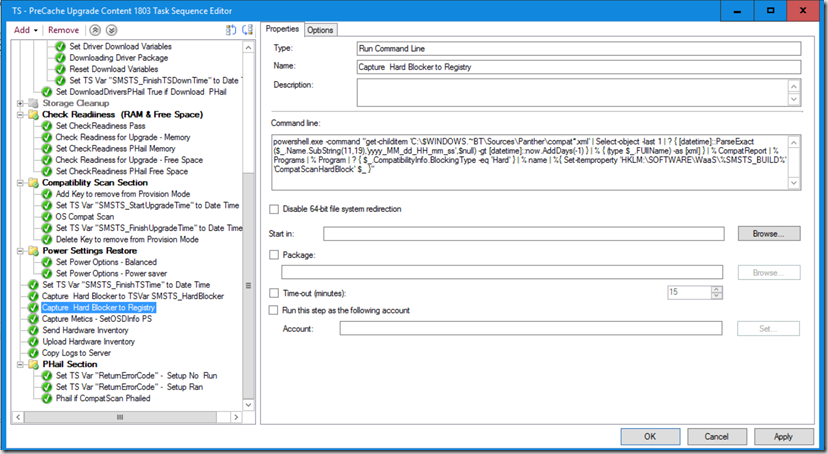 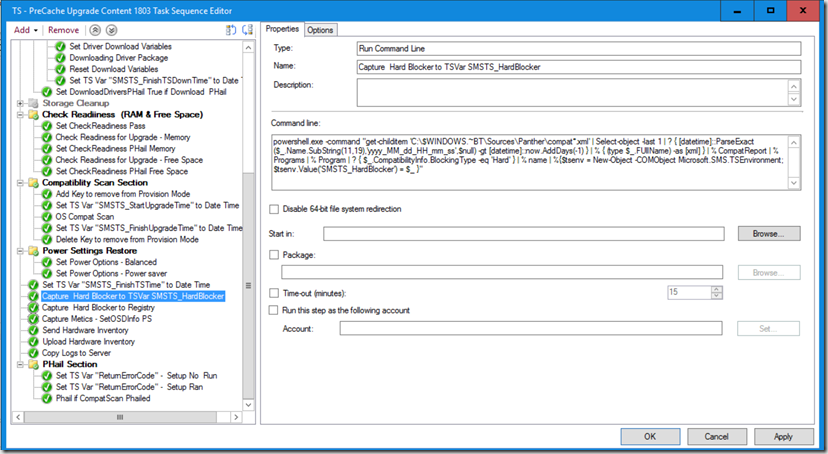 Have the  Step set to run if TS Variable _SMSTSOSUpgradeActionReturnCode = 3247440392

Here is what my registry looks like after running the CompatScan TS with both Examples. 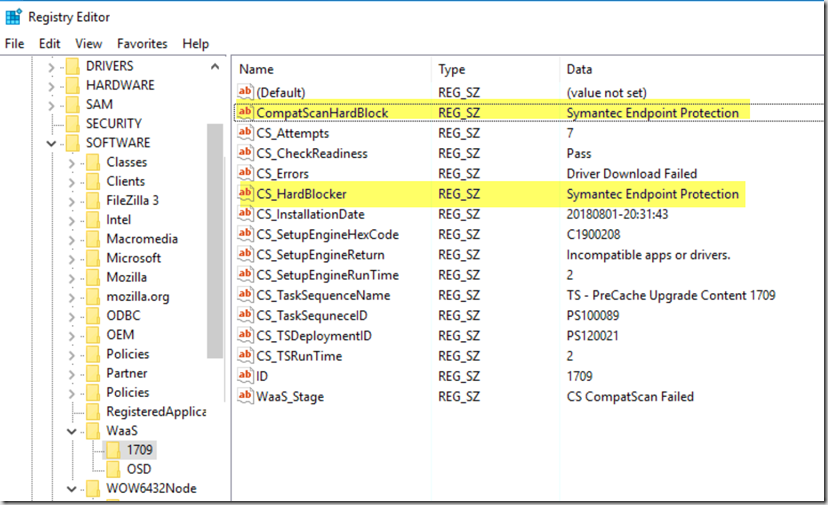 At this point, you’d then collect it with your hardware inventory and add it to your reports.