Just another quick post, mostly for my own future reference so I remember how I did this… Similar Posts but different enough

This is different because I’m doing it during it while in Windows, like testing IPU.

This will launch the program of choice, in my example, CMD.exe, which I use for testing / troubleshooting all the time, but it also has the benefit of closing he progress bar for you. 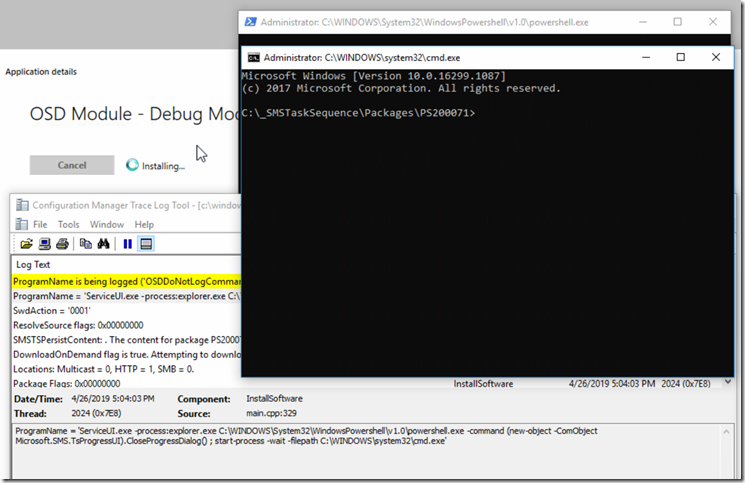 Requires that the step has a package associated with it, and the package has ServiceUI.exe (which you can steal from MDT) 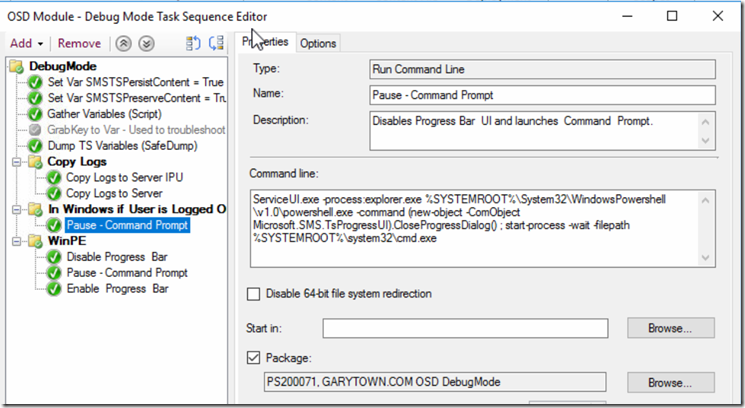 1 thought on “Launch Application in Task Sequence in OS (ServiceUI)”