*Updated to allow Mouse Support directly following Apply OS step by adding keys offline.
Create Group and place directly after the "Apply Operating System" Step (In my example, I have it also removing the mixed reality portal, which you can find info here) 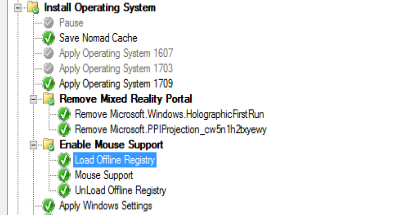 Or, in a single Step, no need to create a group, just a single Run Command Line:

Now, as soon as the system reboots into the OS, During the Setup Windows and Configuration Manager Step, you'll have mouse support.
This method will spare you one additional reboot.

I’ve been annoyed not having mouse support in Windows 10 OSD, TS Fails, I hit F8, then it’s all trying to navigate with keyboard commands.  I finally ran across a fix to enable mouse support during this stage of OSD.

Thanks MDT Facebook group for this, and a Dell Engineer Elliot who pointed me to a Dell white paper HERE

Towards the end is this little nugget:

I added that to my TS:

Now when I open F8 / CMTrace, I have mouse control!

At the end of the TS, I have a step to undo the change and set it back to the original setting of “1”

Note: The mouse does NOT show up in the black areas of the setup screen, it has to be over a application window (CMD, Notepad, CMtrace, etc).  Once you move it outside of the window, it disappears again until you wiggle it back above a window. Recommend maximize your active window. 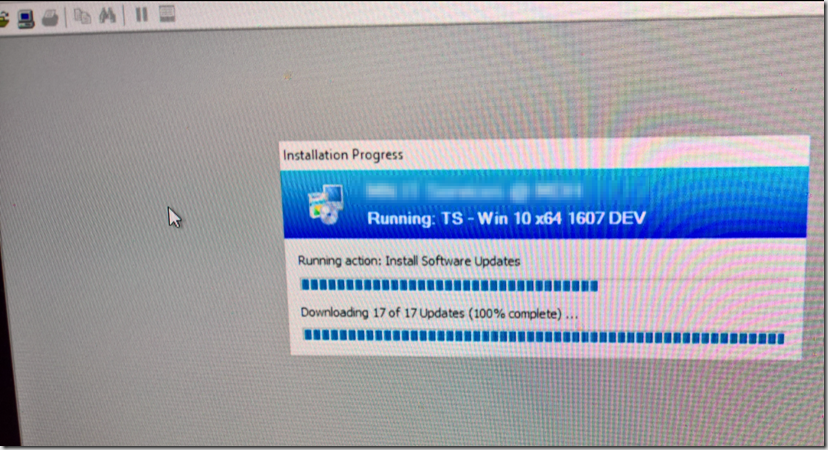