I’m going to cover two topics, both updating your old Packages to install without error on 1607, and how to enable AppV in 1607 with Powershell / AppModel Deployment.

We have a few AppV Packages that we use, when doing inplace upgrade from 1511 –> 1607, it automatically enables the new AppV that’s built into Windows, and the AppV Apps that were previously installed just work, that’s great!

However, when trying to deploy AppV Packages via ConfigMgr to newly installed 1607 clients, we’d get error:
Windows Installer packages (.msi files) generated by the App-V sequencer (version 5.1 and earlier) fail to install on computers with the in-box App-V client  Searching for that error led me to:https://technet.microsoft.com/en-us/itpro/windows/manage/appv-release-notes-for-appv-for-windows

I also tried to run the MSI, which showed the error that the MSI couldn’t find AppV Client:

From that TechNet article, I tried to follow the directions to update the MSI for the workaround, but would get this error:

The process outlined worked, just that the script included in the Windows 10 ADK doesn’t.   It has some references to old file locations from older SDKs.  After minor modification to the Update-AppvMsiPackage.ps1 script, we were able to make it work. (Changes shown in Picture below)

You can download our Modified Script HERE – Thanks Mark (@Geodesicz)

When you install the ADK, it will install the Sequencer and add the PowerShell Script, that's the one you need to modify / replace.

Now when you deploy that package to a 1607 machine, it works! 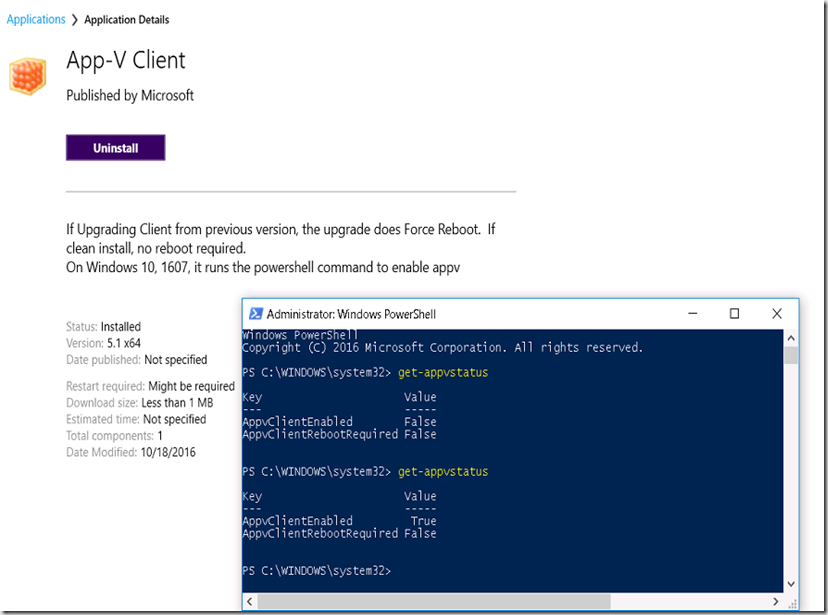 Here’s how to make it: 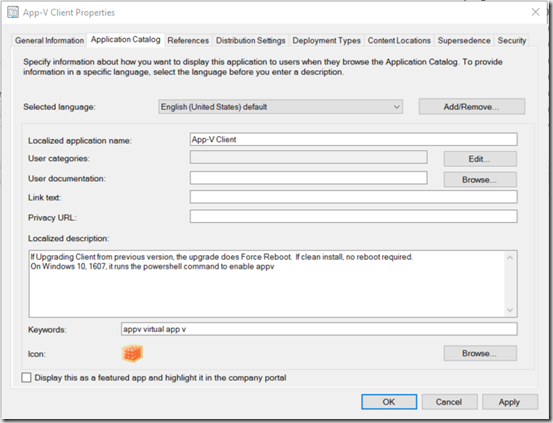 I have two deployment types, one for the MSI installer & one to activate the built-in 1607
First one will run if build NOT equal 14393, and the second will run if 14393
Only covering the new 1607 method here 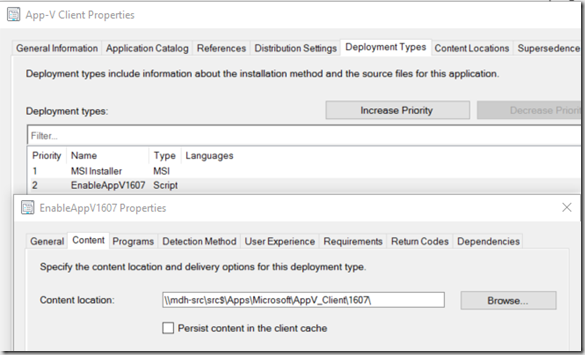 Content: You can just put anything, you can probably leave it blank.  I just have it pointed to my folder for the PowerShell Script and documentation.  Just so I remember where to find it.

Detection Method = the Registry key I talked about earlier 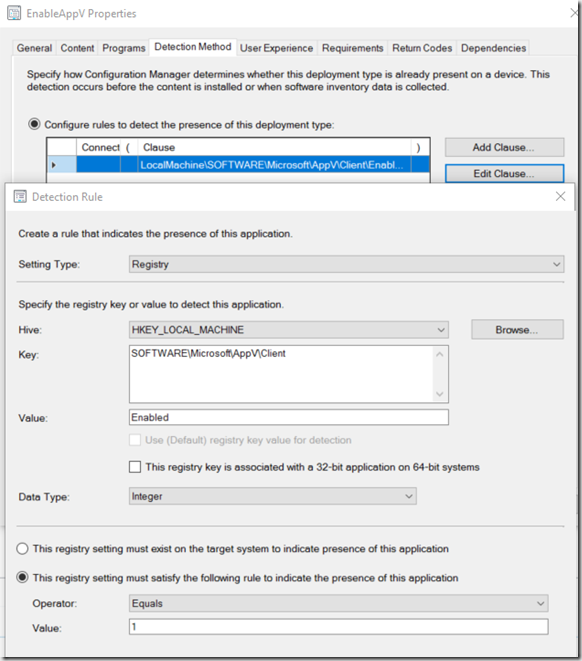 Requirements: Set to require build 14393 (1607) – You can add this Custom Global Condition by following this awesome guide: http://ccmexec.com/2016/08/using-windows-10-build-numbers-as-global-condition-in-configmgr/ 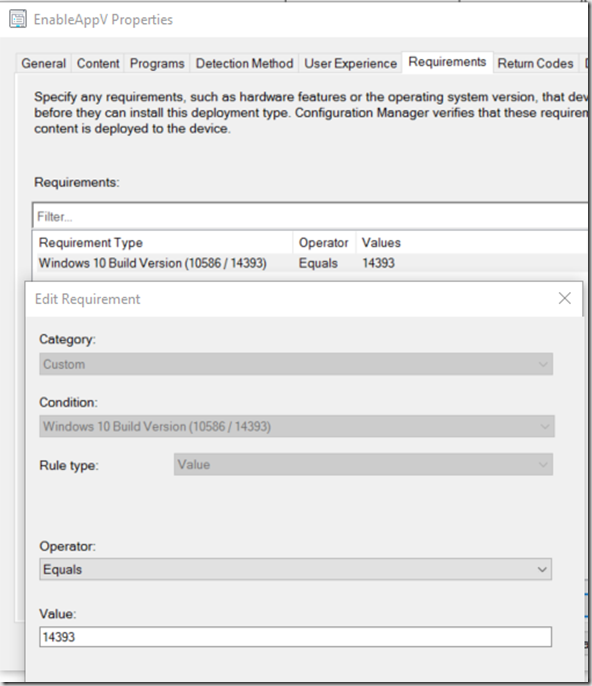 You should now have the ability to use this Application model as a prereq for your AppV Package deployments.

Also, recommend updating your AppV 5.1 Client install to include the detection method for 1607’s.  Consider this Senario.  You have Several AppV Packages you deploy. You have the 5.1 AppV Client as a pre-req for your AppV Package Deployments.  On Windows pre-1607,  it will then install the 5.1 Client.  On Windows 1607, it will fail the install of the client, and not continue with the AppV Package deployment. However, if you already have AppV enabled on 1607 via GPO or OSD, etc, then you can just add the 1607 detection method to 5.1’s install, then when you deploy your AppV Package, it will see the pre-reqs are already installed if 1607, and continue on. 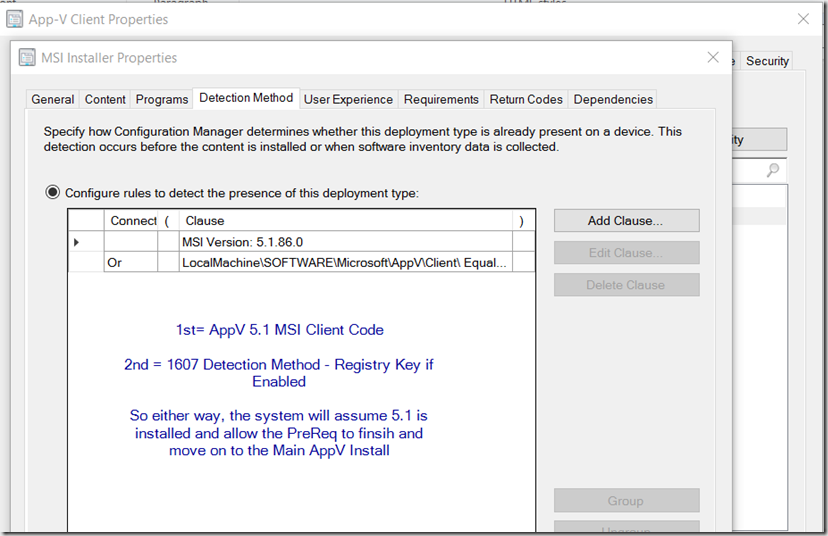 Found a post about an overview of the new AppV in 1607, along with Group Policy info:
http://app2pack.blogspot.com/2016/08/exploring-app-v-ue-v-in-windows-10.html

Hope you find this useful, took me a day dealing with the incorrect PowerShell Script provided.