We’re slowly rolling out Windows 10 to our Windows 7 and 8 computers, be we only want the computers to upgrade if they are already UEFI, so we can then enable Secure Boot and all the good stuff that goes along with it.
While we try to ensure we only target machines that are UEFI enabled, we know there is a chance that it might get run on a computer that is not.  To that point, I’ve built in safe guard to make sure the TS stops and the computer stays at the OS level it is, until it can get wiped and reloaded.

To achieve these results, I had to re-engineer how I did this.  I have a similar method for our Bare-Metal installs (Blogged HERE), but the same process didn’t work when starting the TS from inside the OS. 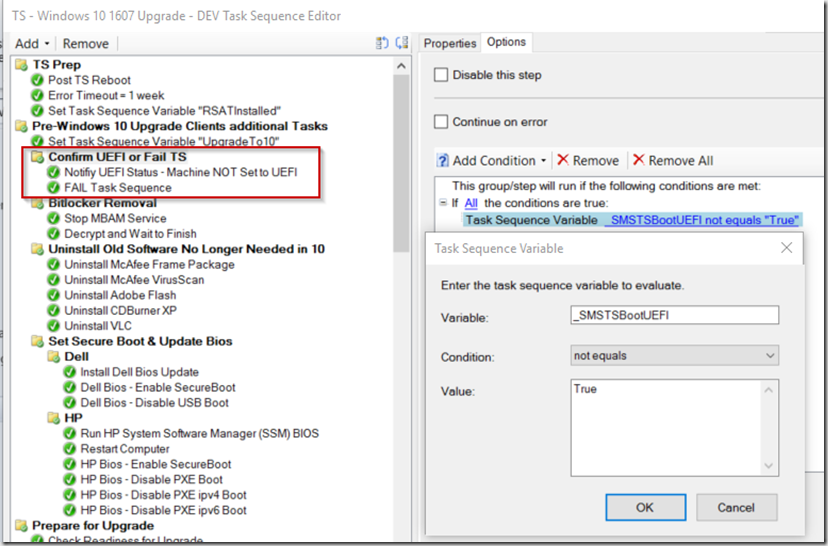 'Script to tell the user that the task sequence is paused.
'windows-noob.com (c) August 2013.

MsgBox "This Machine is not Running in UEFI, In-Place Upgrade will NOT be available, must do Wipe & Reload Install of Windows 10." & chr(13) & "Click on Ok.", 64,"Requires UEFI - Failed Upgrade"

Script available in the “MessageBox” folder in the download HERE. (OSD-Windows10Scripts folder) 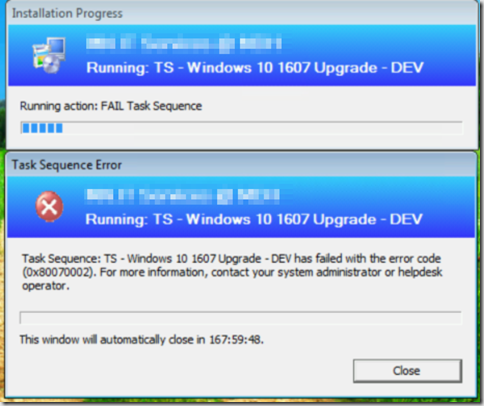