This only came up recently as I’ve been exploring removing the Ctrl+Alt+Del requirement for logon.  I’ve disabled it on a few test machines.  Then I noticed in the upper right corner of my lock screen little messages, I could click on it, but nothing would happen.  Once I logged in, IE would launch w/ a Bing search about what I had clicked on.  I decided to remove that annoyance. 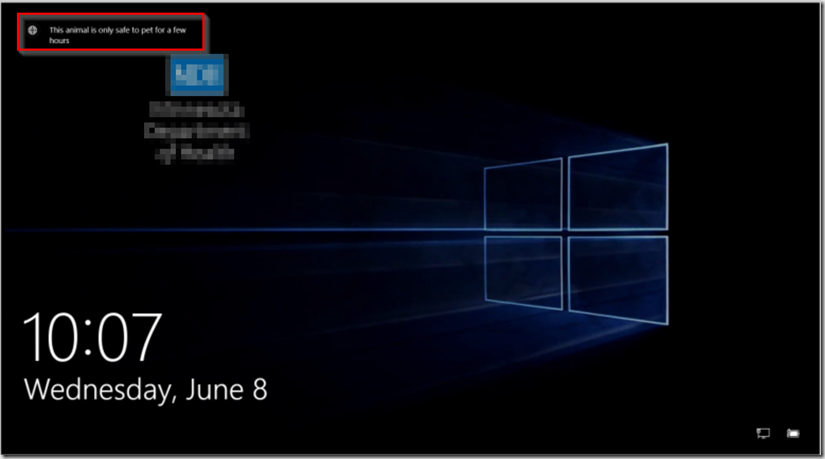 I found more info about it here: https://technet.microsoft.com/en-us/itpro/windows/whats-new/windows-spotlight
This is a group policy that controls the Lock Screen image and this tooltip.  I am already controlling the initial lock screen image via OSD, which changes a registry setting to point to a wallpaper I copy local.  We still allow our users to change it, but it starts with a corporate branded wallpaper.

I enabled the setting, pointed the GPO at the locally copied Wallpaper and checked the box.  On my test machine, I still saw the tooltips and the settings under personalization still showed the setting as “ON” 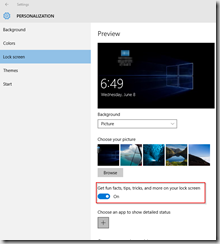 So now it was time to look for another way to do it.  After some guess work, I found the key in the registry that pertains to the setting: [HKEY_CURRENT_USER\SOFTWARE\Microsoft\Windows\CurrentVersion\ContentDeliveryManager] 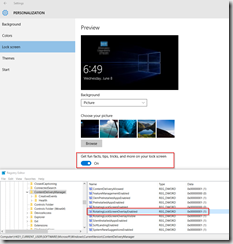 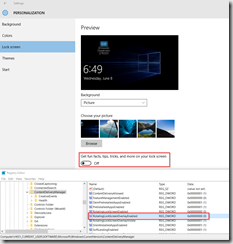 To change it, you need to set the registry to: "RotatingLockScreenOverlayEnabled"=dword:00000000

Now that we have the setting, we can deploy it.  You could push this via Group Policy, but I’m always a fan of using ConfigMgr, so I’ve created a simple script to deploy during OSD. I’ve created the script, added it to my Windows 10 OSD Package, in the same folder I keep my LockScreen Wallpaper. Download HERE

Now in OSD, you create a “Run Command Line” Step and add it like so:
cmd.exe /c LockScreen\Load_LockScreenDisableToolTips.cmd

OK, now you’ve added it to OSD, but you want to Deploy to your Windows 10 machines in production. 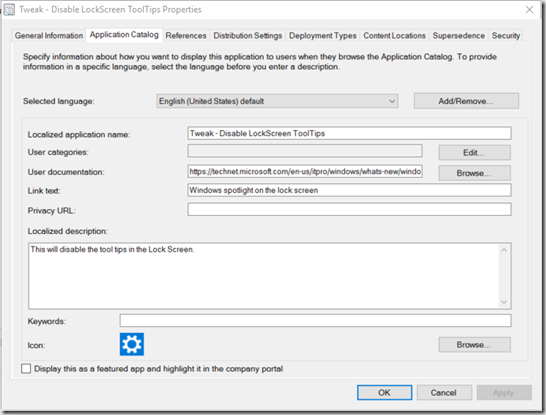 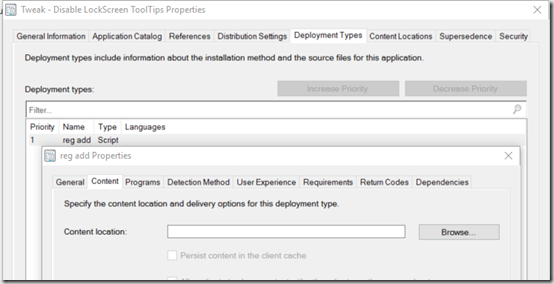 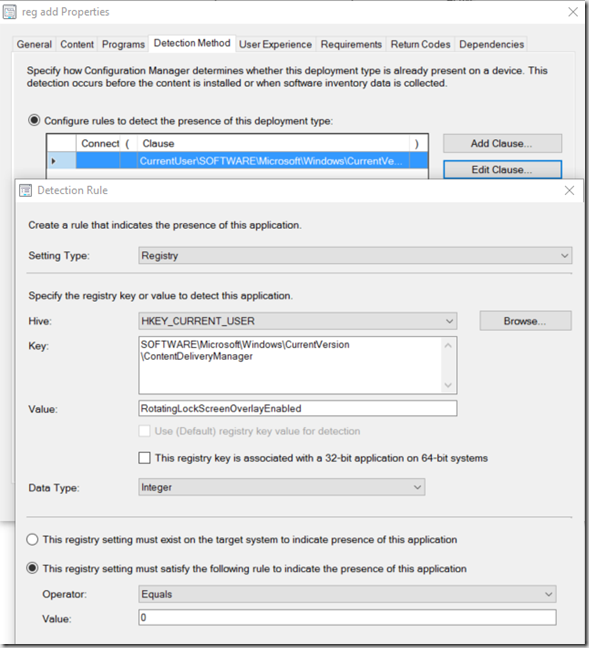 Browse to the registry key and set the Detection to 0

Now you can deploy.
Here is the AppEnforceLog from the computer it was deployed to.

From the log, You can see it ran the command line to disable tooltips

If you have the Settings open, you can actually watch it switch: 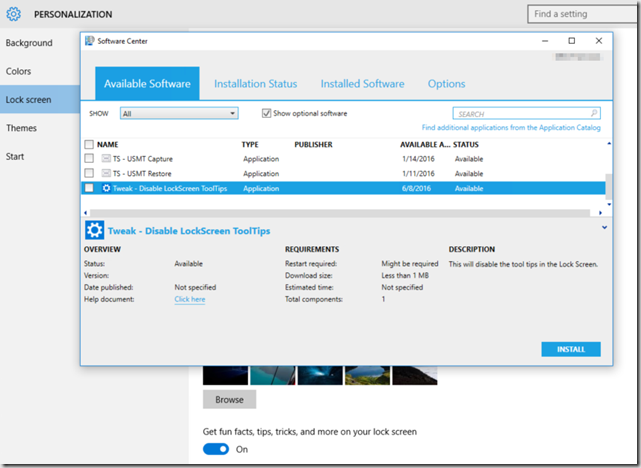 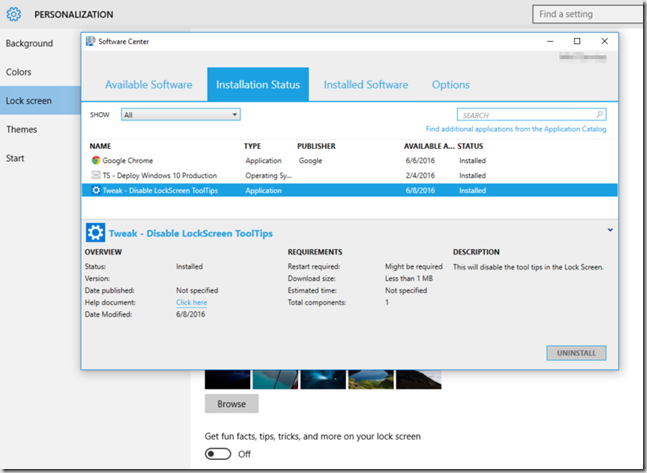 Things to Note:  I did not see tooltips on all machines that I disabled the Ctrl+Alt+Del policy on.  I believe it has to do with a couple of my machines I’ve also connected to MS Accounts for the Store, but most I have not.

PS… I feel a little guilty making a blog post about 1 registry key… but hey, the issue was annoying to me, so hopefully someone finds this useful and doesn’t have to spend time tracking down that key.