First, you’ll need to add global conditions for your model, I was able to use @agerlund  Kent Agerlund’s blog to achieve this: http://blog.coretech.dk/kea/global-conditions-in-configmgr-2012/
These next few parts are borrowed directly from his post (When a Master creates good content, why re-invent the wheel): 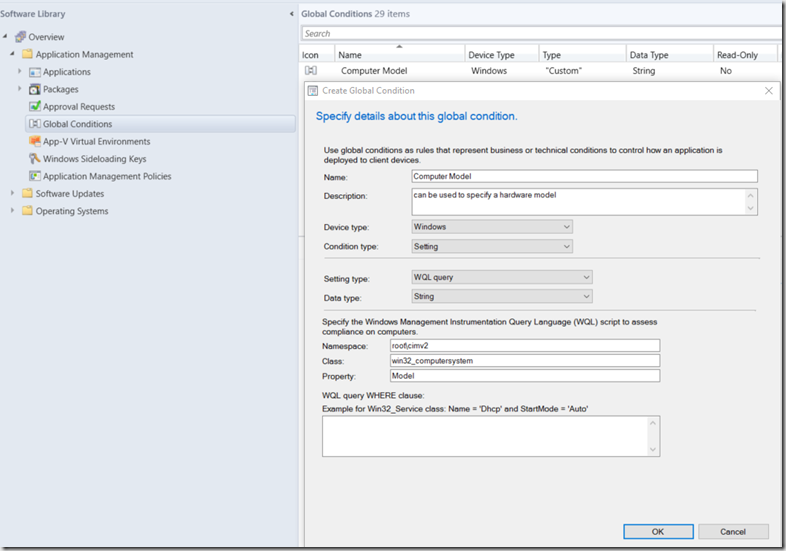 Now that we have the Condition, lets build the Application to Deploy these Bios Scripts.
We will use the Dell Latitude E6540 for our example with the A16 Bios (Current as of 12/7/2015, change A16 with the current bios level anywhere you see it) 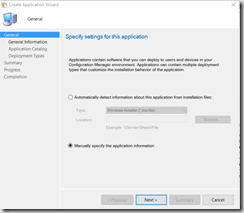 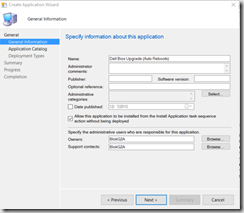 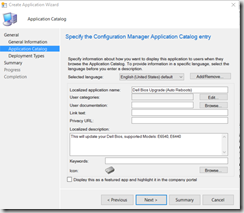 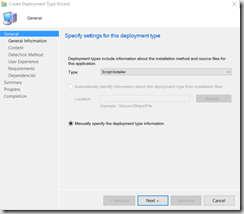 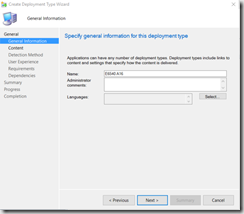 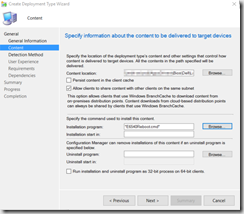 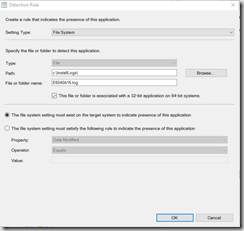 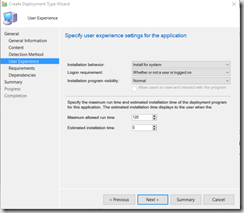 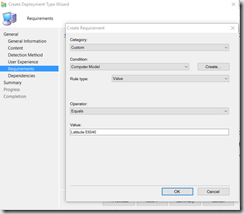 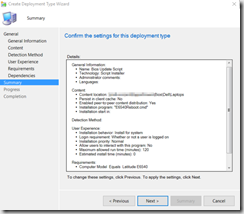 Now you have your Application with 1 Deployment type for the E6540 Model.
Going back through the images 1-10

Note to remember, when new bios come out, you need to change 3 things.

Repeat Steps 1-10 for each model you want to deploy bios to.  When Complete, you should see something like this: 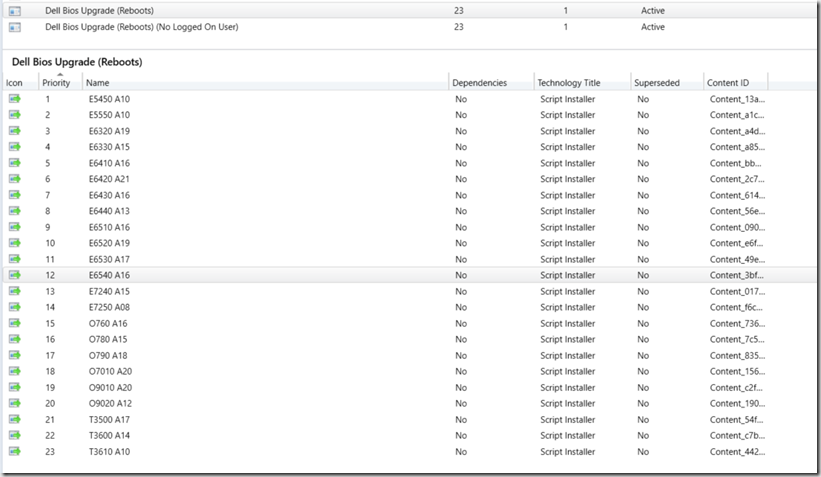 I can quick look at that, see all of the models I can deploy and which Bios Level it is at.  If a new Bios comes out, I just make those 3 changes listed above, and redistribute the content.

I’ve got 2 applications identical, except one (No Logged on User), I’ve changed the  user experience

I created a collection to Deploy to, called “BiosUpdate – No Logged on User – Reboot” so I know exactly what I was using it for, then deployed the Bios Update to that Collection. (I like to make descriptive Names for things)

Every few days, I added one additional collection of computers (Model) that required bios updates 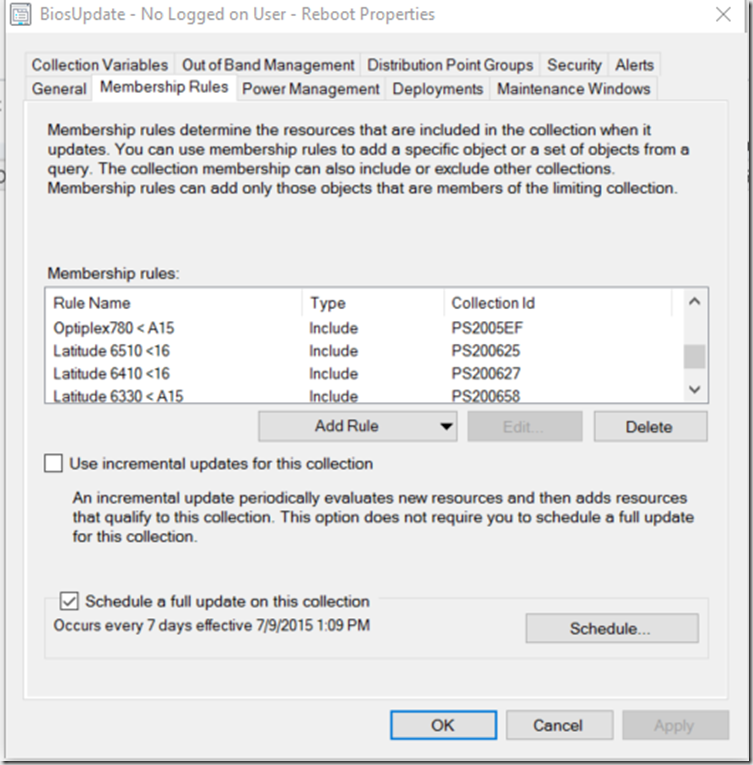 As computers would update their bios, and do a hardware inventory, it would show an updated bios version, and automatically be removed from those query based Bios level collections.  If computers remained in those collections, I would check to see if the update ran on them, typically what would happen is the bios update would fail, so I would create a ticket for the service desk to manually update the bios on the few that failed, and to resolve any other issues which might have caused the bios to fail.  Once the bios is resolved, they automatically drop out of the query based collections.

When new bios are released, I’d update the applications, update the query in the collections, and they would auto populate back into this deployment collection, get updated, then pull themselves out.  I LOVE QUERIES!

Updating the Queries and Applications can be time consuming, so typically I’ll only update to a bios level if it has a value in our environment, like fixing a specific issue.  On new models, it seems like bios are released monthly, so if it doesn’t fix an issue we’re seeing, I’ll typically wait for a couple extra months for another version or two to be released.  On older machines, bios releases are rare, so once you’ve set this up for older models, you’ll probably never have to touch those scripts / deployments again.

I hope I explained the process well, if you have any questions, please let me know.