Ok, so I found a ton of blogs / posts out there about changing the System Path Variable in Windows, but not a way I'd want to do it, so I came up with my own script for adding / removing items.

In Action: (Please Note, the added and removed items are ONLY for example, I'm NOT suggesting you do this) 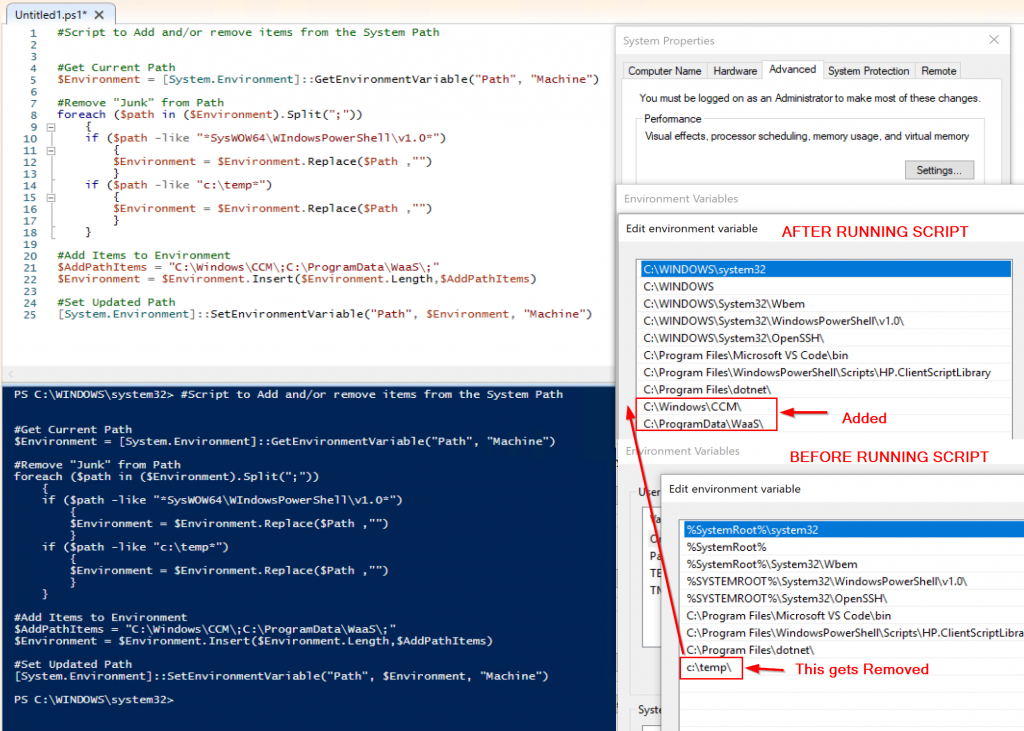